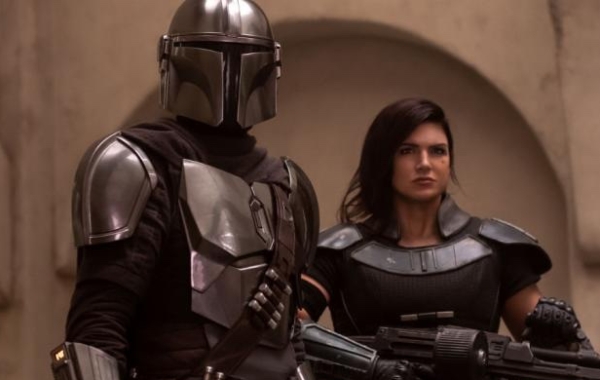 Jon Favreau Confirms that THE MANDALORIAN Season 2 is Coming Fall 2020!

By: John M Jerva The latest and final season one episode of Disney’s first ever Star Wars live action series The Mandalorian has just dropped today in the Disney+ streaming […]

STAR WARS: THE RISE OF SKYWALKER: A New Trailer May Shed Light on Kylo Ren’s Decent to the Dark Side!

By: John M Jerva Be warned! There are some major spoilers ahead as Disney has unveiled a brand new trailer from Star Wars: The Rise Of Skywalker which features franchise […]

Review: THE MANDALORIAN Keeps Things Rolling and Amps Up the STAR WARS Awesomeness In Ep. 3 and 4!

The New International Poster for STAR WARS EPISODE IX: THE RISE OF SKYWALKER Brings Out the Nostalgia for the Original Trilogy!

By: John M Jerva It is certainly new poster day here at Action-Flix as Lucasfilm and Disney have launched a brand new international one sheet for the highly anticipated Star […]

THE MANDALORIAN: The First Ever STAR WARS Live Action Series Strips the Universe Down to its Bare Bones Essentials

THE MANDALORIAN Is Here and He Gets into a Bar Fight in the New Extended Spot!

By: John M Jerva The day has arrived and fans of all things Disney, Star Wars and Marvel will be partaking in the new Disney+ service as it is now […]

THE MANDALORIAN: Disney+ Releases a New Spot and Synopsis for the First 3 Episodes!

By: John M Jerva I’m currently in Maine visiting my in-laws but I’m always on the prowl for new and exciting news and trailers and today we have a brand […] 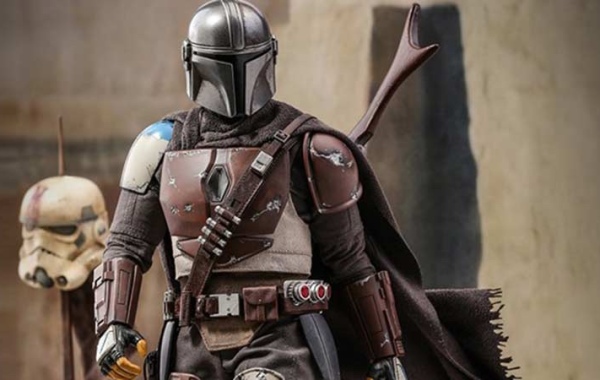 THE MANDALORIAN Responds in the New Trailer for the Upcoming Disney+ STAR WARS Series!

By: John M Jerva I speak for almost everyone who is a STAR WARS fan when I say November 12th cannot get here fast enough and with that date, the […]

STAR WARS: THE RISE OF SKYWALKER: The Final Trailer is Here! Enough Said!

By: John M Jerva Well, I was sleeping last night because I had to get up early for work but it looks like the only good thing about the football […]

NYCC 2019: Hello… What Have We Here? Spending an Hour with Billy Dee Williams! (Exclusive Panel Photos!)

By: John M Jerva Once again to know me is to know that I have been a Star Wars fan since I basically was born as I saw A New […]

THE MANDALORIAN: Pedro Pascal and Gina Carano are Front and Center in New Images for the Anticipated Disney+ STAR WARS Series!

D23: The End is Upon Us as Lucasfilm Unveils the New STAR WARS: THE RISE OF SKYWALKER Poster!

This weekend has been nothing short of amazing for Disney, Star Wars and Marvel fans as we have had plenty to talk about with all the wonderful reveals at the […]

By: Danny Templegod Above: Heads on sticks! In a Disney show! Read on! (C) 2019 Disney/Lucasfilms, used for promotional information only not monetized Greetings valued Dan’s Movie Report and action-flix.com […]

THE MANDALORIAN: The Trailer for the First Ever STAR WARS Series is in One Word…EPIC!

This was a nice surprise as I wasn’t expecting Disney to release the first trailer for the very first Star Wars series, The MANDALORIAN, but they did drop it about […]

Aside from the release of The Mandalorian Trailer, Disney and Lucasfilm also made a lot of people very happy when they announced that a Disney+ OBI-WAN STAR WARS series is […]

UPDATE: The Disney D23 Fan Expo Event is in full effect this weekend and ahead of the trailer that is supposed to drop during the festivities, Disney has unveiled a […]