Here’s some more Gary Daniels news for all you fans that haven’t gotten enough this week after our exclusive interview with the British kicking machine. It appears that Daniels will now star in a live action TV series that is based on the comic book series that is currently in development as well. I actually broke the news of the crowd funded comic book from legendary movie artist Paul Gerrard (Indiana Jones 5, Hellboy, Evil Dead Rise) last year (check out both articles here and here) and now the entire project is definitely seeing some traction. Titled Rivals: The Loyalty of Sago Astar, we have the full press release for you along with exclusive images featuring Daniels himself. Check it all out below!

In a savage post-apocalyptic world where the gun has been replaced with the sword, the bullet replaced by the fist – two opposing characters from opposite worlds are forced to work together to save the people they love. 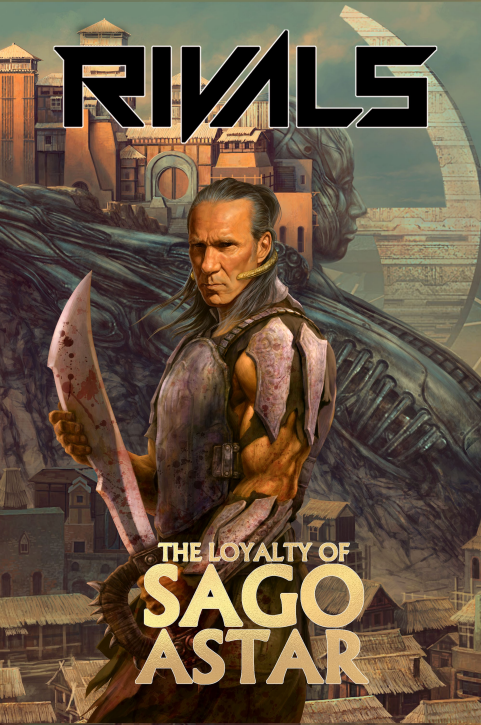 Legendary movie artist Paul Gerrard (Indiana Jones 5, Hellboy, Evil Dead Rise) and writer/Director Mike Clarke (The Stranger) spent over four years developing the world of RIVALS and are keen to bring their creations to life on the screen. 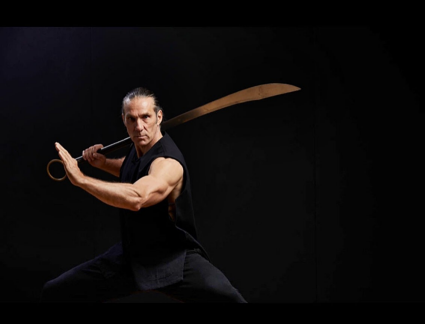 “We’re so excited to be working with Kimberly at DRUID PICTURES, RIVALS is huge, and it needed a huge producer to develop it” says Gerrard.

“It’s amazing to have DRUID PICTURES get behind our project, after the success of the comic we knew we were developing something original and authentic – DRUID PICTURES recognizes this,” said Clarke.

‘When creating the world of RIVALS, I based the character of Sago on Gary Daniels! It is an absolute  honour to now officially announce his attachment to the live action show AND the graphic novel series’ said Paul. 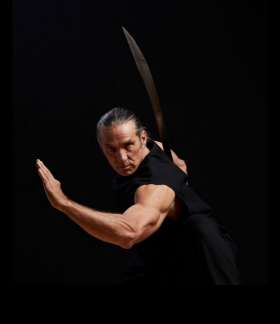 RIVALS is in the early stages of production with an estimated budget of $30mil and will be announcing more details soon. A full comic book series is in development, with the first look edition selling out instantly. 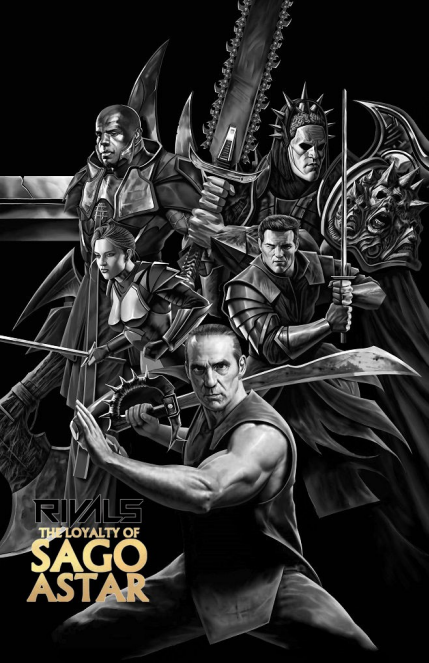 This is huge news for fans of Daniels, like me, and the star has really been firing on all cylinders as of late having starred in the new action film Bring Him Back Dead. I also had the honor of interviewing Daniels for the film this week and you can read the full chat here and see my exclusive review of the movie here.

The comic book looks fantastic and the series, with an impressive budget to back it up, definitely is ambitious and I cannot wait to see more from it.

Keep it locked and loaded right here for more to come on the Rivals comic book that is coming soon and the series that is now in development! We are your destination for everything action in 2022 and beyond!

All-New Exclusive Interview! No One Left Behind- Action Filmmaker Pierre Morel Talks THE AMBUSH and More on The Action Fix Podcast!

The ESSENTIAL ADKINS HUB is Now Live! From Exclusive Interviews and News to the Latest Reviews- We’ve Got You Covered on Everything Scott Adkins!

The Human Special Effect is back! That's right with October 14th seeing the release of the highly anticipated sequel Accident Man Hitman's Holiday, action star Scott Adkins is back in the driver's seat after making small appearances in Day Shift and Section 8. Fans will get more than their fill of Adkins this time around as he returns as elite assassin Mike Fallon who has a knack for making all his hits look like accidents. This time around, Fallon is in Malta where he is laying low and killing for the right price but when a ruthless criminal czar forces Fallon to protect her son at all costs, The Accident man will have to pull out every lethal skill in his martial arts arsenal to take on and defeat the best assassins in the world. It's a non-stop blending of laugh out loud humor mixed with hyper-kinetic Hong Kong style martial arts action. Scott stops by The Action Fix Podcast once again to chat about the new movie and more in this exclusive interview that you'll only hear here. It's a behind the scenes interview where we pill back what it was like to film the movie and the action set pieces. He's the best in the business and is second to none and we have him for you on The Action Fix Podcast. Enjoy! --- Support this podcast: https://anchor.fm/action-flix/support