Amazon Prime struck gold last year with the first season of their new hit series Tom Clancy’s Jack Ryan which starred John Krasinski as the ultra popular CIA agent who has been outlined in many feature films.

The new season is almost upon us and we have a new teaser trailer for all you Ryan fans to feast at long with the official synopsis. Check it out below! 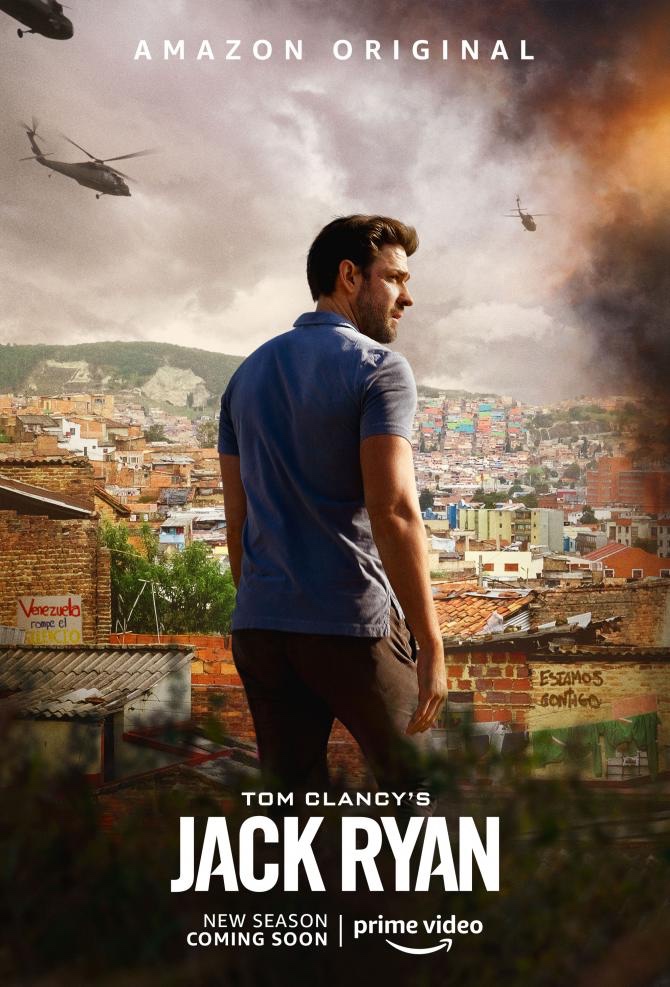 “After tracking a potentially suspicious shipment of illegal arms in the Venezuelan jungle, CIA Officer Jack Ryan heads down to South America to investigate. As Jack’s investigation threatens to uncover a far-reaching conspiracy, the President of Venezuela launches a counter-attack that hits home for Jack, leading him and his fellow operatives on a global mission spanning the United States, UK, Russia, and Venezuela to unravel the President’s nefarious plot and bring stability to a country on the brink of chaos.”

The new teaser is light on story but heavy on the action and it is just enough to wet your appetite. Wendell Pierce And Abbie Cornish return for the new episodes along with newcomers Noomi Rapace who was awesome in Netflix’s Close and Michael Kelly stars as well.

Unfortunately, there is no release date as of yet but expect it to hit soon with the release of this first trailer.